By hitchinlavenderblog in Information on Lavender on June 5, 2017February 12, 2019
One comment 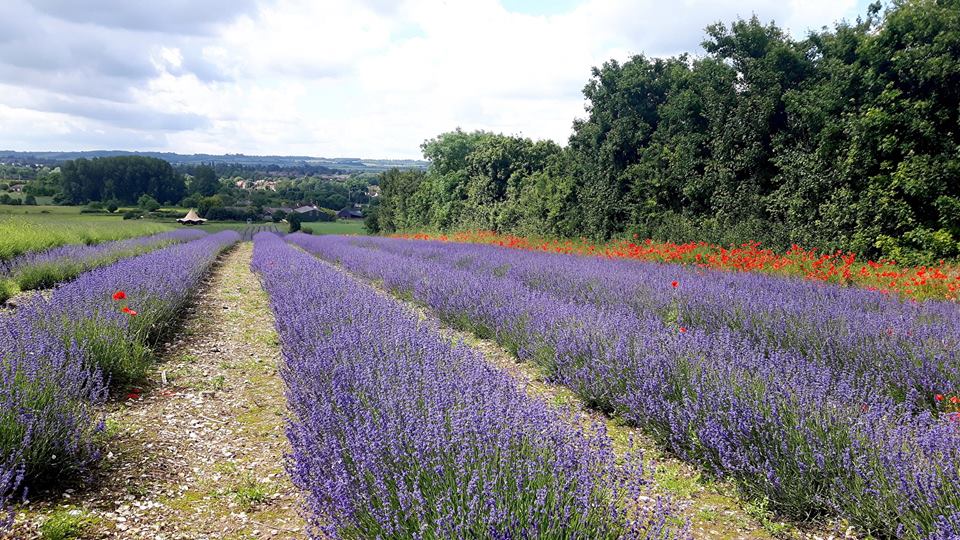 Following the blog post on Folgate lavender last week – one of the first lavender to come into bloom at the farm – we thought that we would focus on the other varieties that surround this flower on our main field!

At Hitchin Lavender in the first seven rows, after the first ten metres of Folgate the lavender goes a bright violet blue colour. This is where we have our Ashdown Forest! It was planted at the same time as the Folgate (around 2000) and is exactly the same size.

The reason for writing a separate post about Ashdown Forest, is because it has a really distinctive smell. It is much sweeter than that of the Folgate; it is really worth comparing the two if you have those varieties at home, or if you decide to come visit.

The second lavender in and around the Folgate is Lullingstone Castle. We don’t have too much of this flower on our field and there is a very good reason for that. On the seventh row of the lavender, right at the very top left hand corner, the row goes wild about halfway down. This is the Lullingstone Castle.

Originally, in 2000, when the rows were planted, that whole area was of this variety. Over the years, however, it grew so big and so wild that we could not get our tractor over the row to maintain it. We decided to cut it back very harshly after a period of time, way into the old wood, considering that if it lived, it lived, if it died, it died…

It came back even stronger the next year!

So, we had to dig it all up – Lullingstone Castle had won that battle, we had won the war.

However, we decided to keep a patch of the lavender as a memento. This flower has a real citrusy smell and is well worth the trek up the field to go have a smell (you can’t miss it, it’s massive!)

This lavender is one of the last to come into bloom and will actually be looking at its best within a couple of months, but the greenery will still have that distinctive smell.

These lavenders will be in bloom within the coming weeks – it’s starting to purple already! As ever check on Facebook for more updates on the field!

That’s all for this week.

More to come next Monday!

Have a good one,